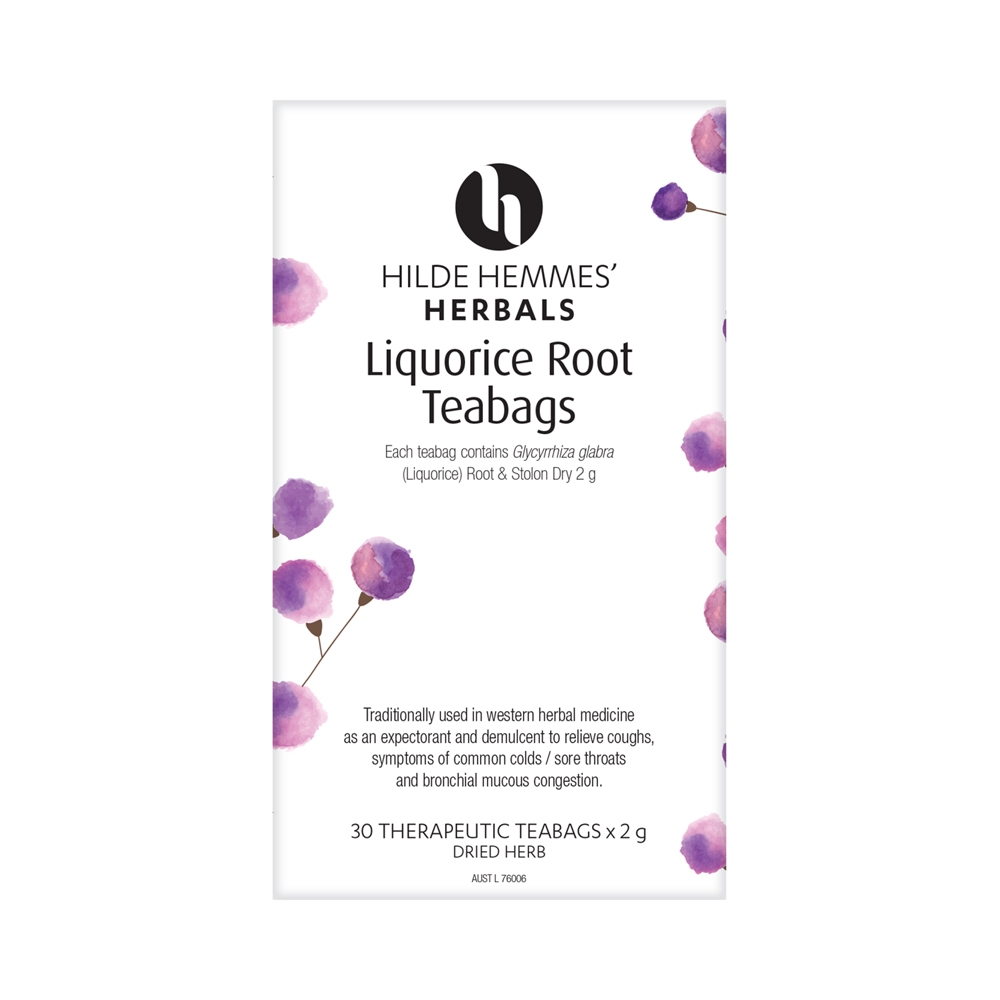 Liquorice Root has been traditionally used in western herbal medicine as an expectorant and demulcent to relieve:

Directions for use
Infuse 1 or 2 teabags (2 or 4g) in 250ml (one cup) of boiling water, steep for 15 minutes before removing teabag/s. Adults only - drink 3 cups daily.

WARNINGS
Always read the label. Follow the directions for use.
If symptoms persist, talk to your health professional.
May interact with prescribed medications - seek medical advice before use.
Not recommended during pregnancy, lactation or for periods longer than 4 weeks.
Liquorice Root naturally contains sugars (glucose and sucrose).